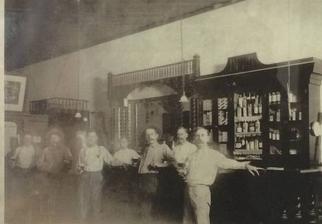 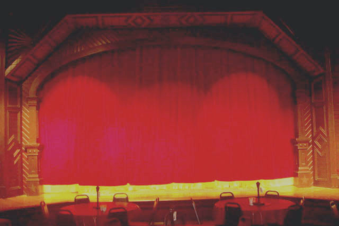 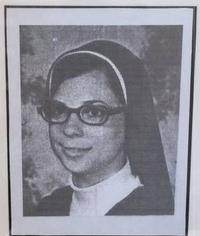 The "Grand Lady" of Shiner

The Theatre's history began when ground was broken for the building on September 12, 1895. The building was completed by December 1, and began providing entertainment and a gathering place to serve Shiner on December 31, 1895. A Fireman's Ball on that New Year's Eve was one of the many "Official Grand Openings" held at the Opera House.

The lower floor of this sprawling two-story structure for many years housed the Opera House Saloon. Now serving as the theatre box office and museum, it was at one time owned by August Stephan and then Albert Berckenhoff. The stage in the large upstairs hall is a true work of art, with the dark wood inlays and patterned designs framing the borders of the stage. The ornate proscenium arch and vaudeville style stage are all original from the building's 1895 construction.

One of the foremost actors of the 1890's, a German man named Henry Messer, provided audiences of the time with numerous evenings of pleasure with his pantomime and humor. He, as well as amateur actors drawn from the local populace, appeared in the "Deutches Theatre" productions.

The Opera House was used for plays, lodge meetings, political events, debates, town meetings, wedding receptions, balls, parties and banquets, church socials, bazaars, teas and "social hops." The opening of the Opera House was concurrent with the provision of electric lights. Stories are still told of evenings when the fun ran high and late and the young swains of the party would pass the hat to raise a few dollars. The money was taken to Mr. Wilks, the city electrician, with an appeal not to turn off the lights at 12:00 midnight so dancing could continue until 2 or 3am.

The Opera House remained one of the centers of Shiner social life until 1927, and has since stood the test of time. Although, the Opera House became inactive for many years, in 1975, through the efforts and love of Sister Michelle Belto, a local nun and drama teacher, along with her students, the Gaslight Theatre was born and the old Opera House lived again. At this time, after discovering the Opera House hidden as a storage warehouse, the entire community became involved and went to work. A non-profit organization was formed and a Board of Directors was set up to manage the theater's activities. In 1976, a highlight came when the Gaslight Theatre was presented an historical monument plaque.

The Gaslight Board of Directors is committed to restoring and preserving the Theatre. In 2006, the theatre received a major renovation when the exterior was repainted and new air conditioning installed. And in 2008 the "Grand Lady" underwent another major renovation with the interior being the focus. This effort included replacing the original stage floor, adding another side stage, refinishing all of the floors and a complete rebuilding of the raised seating area. New restrooms and kitchen and an additional fire exit, as well as improvements to the lighting and sound systems, and many other improvements were completed.

In 2014, the dressing rooms were renovated, the restrooms were repainted and new carpet and lighting were installed. The look of the box office was also improved and a green room for the actors was added. In 2015, the historic downstairs saloon was renovated by removing the false ceiling to reveal the original woodwork, painting the walls and ceiling, providing new lighting, updating the ADA compliant restroom, and installing new flooring and air conditioning in the saloon.

Your continued support of the Gaslight Theatre is what helps us achieve these goals.